What makes python so popular that it has become one of the hottest tech skills for 2020? Released in 1991 and created by Guido van Rossum, Python was and is still extremely relevant for all developers to learn and grow. Python is interactive, dynamic, versatile, one of the most relevant languages and one of the most talked about language for the year 2020. It is on the top charts of Most Popular programming language used by 25 Unicorn companies.Python is interpreted (Compilation not needed as in other object-oriented languages), object-oriented, high-level programming language with dynamic semantics. It has high end built in data structures, dynamic typing and dynamic binding and has a rapid application development support. 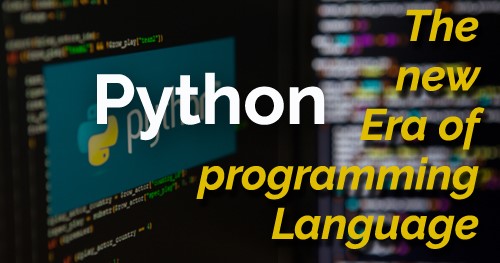 It supports modules and packages which gives support to modularity and code reuse.There is no compilation step which makes edit-test-debug cycle incredibly fast.Currently according to DataSlash there are 8.2 million developers’ uses python worldwide. Python became a solution in many different areas. From web applications to data science and machine learning.There are more than 2000 financial and non-financial companies that use Python for backend. Instagram, Uber, Spotify, Amazon, Safari Books Online, Testive, Harvard Medical School, Vitality, Bank of America, Entrepreneurial Financial Lab and Robinhood etc. are few of them. Python is widely used in data science and numeric computing for list, arrays and dataframes: Few of the 2D and 3D visualizations from Python’s matplotlib and seaborn About Girikon: Girikon is a reputed Salesforce consulting and development company that caters to its global clientele with quality services and solutions.
About Author

Saurav Sindhwani
Saurav is a software developer with more than 8 years of experience in Talend, Excel, Tableau, SQL, Python and R. He is also a data science enthusiast and works on different data science algorithms like Regression, linear model, Random forest and Neural network to name a few.
Share this post on: